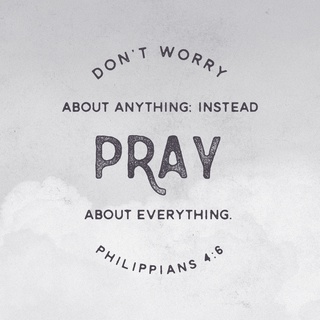 First, I am not an expert on prayer. I've read a few books on prayer and I pray. That is the extent of my knowledge. It's pretty basic even though one of the books was pretty heady.

Second, I am stubborn. Like to a fault. I work on this. Some days I do better than others. Some days I should not have human contact.

Third, I tend to hold things inside longer than is reasonable or healthy. I've pretty much suppressed most of my emotions for a few years now. Almost eight to be exact. Things happen throughout a lifetime and then one final blow happens and it's enough to make the whole house of cards fold in on itself. And sometimes the straw that breaks the camels back is enough to believe it is never going to be healed.

But I've been learning something slowly (hello learning curve): God can handle my big girl, and whiny two-year-old, emotions. As a matter of fact, He would prefer I take them to Him than keep the internal dialogue in my head and heart going.

It's easy to read that we can pray about everything but it's a lot harder to do. I mean does God really care if I'm having a bad hair day and I don't feel like I can leave the house without being judged? Shockingly, yes. Because if I don't feel good about who I am in any given moment, it's because I've forgotten whose I am and I am attempting to find my worth in the wrong things. Like approval.

I'll be honest. A lot of times my prayers sound more like a honey-do list. I see the list, physically because I've written it out, so I don't forget to pray about things. This means I see, visually, which ones have been answered and which ones seem to have gone out into cyberspace never to be heard from again. This makes me want to retreat, not pray more. Why? Because I hear all the comments that still haunt my heart. Some personal favorites include: You can't let that bother you and, the ever-popular, you should be over that by now. Those are closely followed by comments regarding what we are and are not allowed to pray about.

See, when you hear those kinds of things, eventually you suffer spiritually and your prayer life all but dies. Why? Because like it or not, we attribute human behavior to our very holy God. Not saying it's right, just saying it happens.

And sometimes, as Andi Andrew wrote in Fake or Follower, we'd prefer to sit in our poopy diaper than do something about what's wrong, like praying. And sometimes I think what God knows about our hearts is what we know about a toddler in a poopy diaper. Trying to wrestle them to the ground is not worth the fight, tears, or mess. Sometimes it's better to let them sit a minute in it until they become so uncomfortable, they submit. And when it takes longer, the ensuing rash will teach that lesson all by itself.

But here's something exciting. As much as I've thought my prayer life is a monologue, I am finding out it's more of a dialogue than I realized.

Jesus promised that when He left the earth the Father would send the Spirit to teach us and remind us everything He has said to us. The key to making this work is being rooted in Scripture. Why? Because if we don't recognize Scripture, the Spirit will be speaking a language we don't know and therefore can't recognize as His voice.

So how does this work?

We pray. (or in some cases speak at God) We tell Him everything that is wrong and exactly what we would prefer He does about it, as well as how we feel about it. But, in the middle of our speech, the Spirit starts to remind us of the truth. And that truth is what ultimately sets us free. Free from our negativity, free from our hurt, free from our bad, poopy diaper attitudes.

Granted, we could keep it all to ourselves and say that God knows what we need so why do we have to pray about it if He's going to do what He wants anyway?

I am so glad you asked!

Because if we don't take it to God, as much as we think our internal dialogue/temper tantrum won't affect us, that right there is like opening to the door to our heart, inviting the enemy to stick his foot in to hold it open, and handing him the shovel so he can find a place to put a root of bitterness.

True story because I've been living it. I might pray regularly about some things, but other things have been off limits. Not good.

I know how hard it is to pray. I know that when I say the same things over and over and over again and I don't see an answer or any movement, it's easier to give up. But I also know that faith doesn't mean seeing, it means trusting.

Prayer is such a gift to us. It's why Jesus taught us how to do it. He knew how much we would need it and how beneficial it was going to be to our souls. And it's high time we stopped trying to white-knuckle our prayers when we're too afraid to do it because the words just aren't coming or because we've given up. We absolutely must start sharing what our realities look like so that we can lean on one another's faith and prayers until we can catch our breath and start again ourselves. Hopefully next time with a partner.

I don't know what your prayer life looks like, I know mine. And the best way to describe it right now is rattling dry bones. And I'm okay with that. I've been getting better over the last 7 months and I know that soon those bones will be covered in flesh and have new life breathed into them. And once they do, they'll start dancing again like they did, once upon a time.