Do You Have Any Questions

I just did a quick search on this phrase: Your best offense is a good defense. I'm sure you might have heard that somewhere along the way. The premise is that if you are stopping your opponent who is trying to score or defeat you, that you have a greater chance of success if they can't. It makes sense. Stop them before any damage can be done and be ready for whatever they are going to attempt. Play a solid defense.

However, knowing how I tend to operate, there is a major flaw in this plan. If I am focused on playing the game by stopping my opponent, I am going to get exhausted because they aren't going to stop trying. Eventually I will collapse. And so regardless of whatever brilliant tactics I have at my disposal, chances are they won't hold up in the long run, and I will lose.

This isn't to say I don't need to have an arsenal of weapons at my disposal to defend myself. I certainly do. But I think there is something that needs to be done before they are gathered and stockpiled in various locations. Ask for help.

This morning I read in 2 Corinthians that Paul had forgiven in the sight of Christ for your sake, in order that Satan might not outwit us. For we are not unaware of his schemes. Now Paul is talking about division and not allowing Satan to get a foothold through a bad situation that needed to be addressed, but his words carry in them a solid warning. Satan will try to outwit us and we must not be unaware of his schemes.

So what does that mean for us? First, we need to know our vulnerabilities. Do we tend to have a sharper tongue if we are tired? And if we didn't get enough sleep, how do we then guard against saying things we'll likely regret? Second, we know he's going to do things in various ways trying to outwit us. If he usually attempts to distract us with a phone call and it works, then he'll try other attempts if we caught on to that...perhaps email or text messages. Third, we need to look at each situation that presents itself and take a step back and examine the priorities we have (that hopefully we have prayed about so we know God's best for us) and see if this could be a device of the enemy trying to pull us away from what matters most.

As I prayed this morning that I would not be outwitted by Satan or unaware of his schemes, I added that I would be alert to his tactics. I need to know my weak spots to know which areas below the belt he's aiming for. And while that sounds like I've already done what I'm about to suggest, I don't think it really does.

This morning Michelle Myers posted this.....invite God to be a part of your [health] journey today. He will help us make decisions but we must ask.

Now why do I say that's different? Because knowing my vulnerabilities, knowing Satan is going to target me, and knowing I need to look at each situation, are all things that I am going to do. Me.

I am often so focused on playing a good defense with my armor on that I am not asking God for His help before, during, or after. I'm wielding a bunch of good, solid weapons but not asking the one who made them to bless them, multiply their effectiveness, or direct which one I am supposed to use at the time. I just start swinging a sword when I should be putting on a helmet or holding up a shield when I should be focused on the gospel of peace. My cries for help generally tend to look more like post-it notes that say Remind me to instead of Lead me in. Think about it. There's a big difference.

Offense and defense are both critical factors if we are going to live in victory. But I think it's time we let go of the If it's to be, it's up to me battle cry and accept that we didn't pick God to be on our team, He selected us to be a part of His. He delights in leading us but we still have to ask for His directions to be revealed. 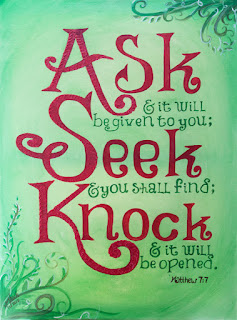