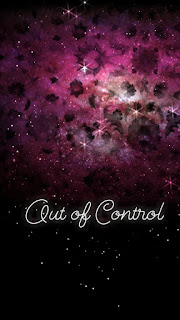 The last thing we saw happen in Esther yesterday, was that Xeres had been made aware of a plot to kill him, and rather than react hastily, he had it investigated and verified first. Today we pick up in Esther Chapter 3.

While we are never explicitly told who investigated the claim against two of the king's eunuchs, the fact that after these events Xeres honored Haman makes it reasonable to conclude he at least had something to do with revealing the conspiracy. We are also never told why Xeres commanded people to bow for Haman, but I don't think it's a far stretch to wonder if that was Haman's own suggestion. Not for any other reason than the fact that Xeres seems to seek advice continually on what he should do. I also don't think it's unrealistic to think that Haman would not jump at the chance to be able to reinforce his status and thus stroke his own ego by watching others acknowledge his position.

What I find most interesting though is that the one who refuses to bow, Mordecai, explains why he won't to members of the royal staff when questioned. The one who told Esther not to reveal her heritage reveals his own. And once his refusal is brought to the attention of Haman, and verified with his own eyes, he is filled with rage.

Unfortunately aside from being filled with rage, Haman is also filled with hatred. Once he realizes Mordecai's reasons (being a God-fearing and God-honoring Jew), there is no way he's going to just attack him. Why? I guess he realized other Jews would probably respond the same way. Maybe not all, but some.

Sadly because Xeres blindly trusts Haman, and because he is presumably the one who verified the plot of the eunuchs when he goes to Xeres with a suggestion to maintain his own honor, the king not only approves an order for their destruction but gives Haman carte blanche on how to do it.

An order is issued, it's sent out to everyone, and he and Xeres sit down to drink while everyone else is thrown into mass confusion.

Now, I'm not big on conspiracy theories by any stretch. I do however take time to pray about a lot of decisions because I don't want to assume I have all the facts that I need to make the best possible choice. And yes, there are definitely a few people I blindly trust. But it's also because I feel that I know them well enough and have enough history with them to believe they would not intentionally do something harmful. I'm not sure I believe Xeres and Haman had that kind of deep bond.

What I think is most devastating though is Haman's disposition was so affected by Mordecai's refusal to bow that I have no problem concluding that those closest to him knew about it. The text doesn't say so, but I would have a difficult time believing he wasn't a walk in, slam the door, moody with everyone kind of guy after a bad day at work. And he didn't have anyone in his life that could calm him down from his out of control emotions. Based on what we see later of those he is close with, we can only assume his peers were the affirming and encouraging kind that motivate movement towards sin whether in thought or deed.

This short chapter has made me grateful for those I have in my life that can talk me off a ledge when something throws me for a loop. However, it's also forced me to ask some hard questions about what propels me there in the first place. As we think about today's questions, let's keep in mind that we can choose our response. And while our knee-jerk reactions might still show the occasional outburst, we can sit down and figure out the patterns we notice that elicits the response and come up with a plan to combat it.

1. How often are we filled with rage? Be honest. Sugar coating and explaining away behavior as 'not that bad' isn't helpful. And if we're having a hard time with this one, when was the last time we saw a devastated look on someone's face by our reaction? And did we think we were justified in doing it?

2. How much does it take to really get us there? While it might feel like 0-60 in a matter of seconds, let's think about all the things we don't deal with or shove deep down until it implodes over everyone around us.

3. What's really boiling beneath the surface that it bubbles up like this? This one is tough. This is a gut check of what we are ignoring and hoping will go away rather than dealing it with it through prayer.