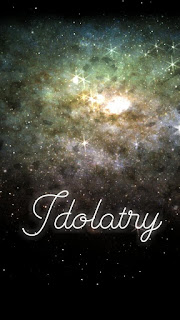 Yesterday we ended with Mordecai telling Esther that her attaining the title of the queen was not happenstance but a deliberate placement to save her people. We pick up in Esther Chapter 5.

Esther has just finished her time of fasting and has dressed in her royal clothing to see the king. As soon as he saw her, she gained favor in his eyes, he extended the scepter, and she approaches to touch it.

Realizing that this is an unusual situation, approaching without being summoned, Xeres asks her, "What is it, Queen Esther? What is your request? Even up to half the kingdom, it will be given you."

Does this shock me? Not really. Why? Because based on his response to Haman when he came about a problem with people not following the king's laws, it seems to me that he might have a small people pleasing problem. He's willing to give up an awful lot to make people happy by giving them what they want.

What fascinates me is that either she kept trouble off her face or he was utterly oblivious to the fact that something must be wrong. Either way, an invitation is extended and accepted and dinner ensues.

During dinner Xeres again makes a rather considerable promise when he asks Esther what she wants. For whatever reason, rather than saying it this night, she extends another invitation and promises to tell the king at that time.

At this point, true to character, Haman leaves probably more full of himself than food, sees Mordecai, becomes enraged, and is more focused on what is wrong in his life (that Mordecai won't bow to him) than he is what's right with his life (his glorious wealth, the honor he has received from the king, and his promotion).

Unfortunately, because he is surrounded by people who add flame to his fire, he gladly accepts the suggestion to up the date of Mordecai's execution.

Haman is a character that genuinely intrigues me. His hatred of a single person sparks something in him that is tremendous and powerful. It controls his emotions beyond anything else that is good or right in his life. And it can take him from the best feeling in the world to devastated beyond belief in the blink of an eye.

I don't have anyone in my life that can spark that kind of reaction in me. But some circumstances certainly can.

It's troubling to recognize and acknowledge what can take me from grateful to entirely dissatisfied. It's even more disturbing to realize that like Haman's hatred, it is rooted in idolatry.

The idol of self is one that is often difficult to recognize because it's so easy to dismiss or label as something else.

For example, we can say that we want our kids to learn to be respectful and obedient to our directions but when we become a tyrant when they make a poor decision that is a problem. Why? Because we are ultimately saying we don't care about shepherding their heart to make good decisions we want them to do it when we said and why.

Another prime example is the unexpected interruption. We can say that what we need to do is massively important but when a person truly needs our compassion and empathy and we are more outraged by the inconvenience to our personal agenda, we have elevated our needs above theirs because we are more critical.

Last week I read a quote about idolatry in the new book by Andi Andrew titled Fake or Follower. In talking about the Exodus and Aaron making the golden calf for those questioning what happened to Moses, she said, "When it comes to idol worship in our own lives, some of us need to go cow tipping."

As much as I wish it weren't true, the biggest idol in my life up to this point has been me. What is best for me? How will this affect me? How can I make this better for me? I am not saying I live a self-centered narcissistic life by any stretch. What I am saying is that when things throw me off kilter, my first response is most often one of self-preservation. Which has more to do with trusting in myself to get my needs met than God which oh, by the way, is idolatry.

We could say that's a natural tendency of the human condition, or we could own it, and remind ourselves that if we keep trying to save our lives we will ultimately lose them.

I know. Tough. Thankfully we have a God that loves us enough to be patient with our learning curves.

I don't want us to feel beat up about this. I want us to be cognizant of the subtle ways culture is teaching us to elevate ourselves. Maybe in becoming more aware of the messages that are creeping in that we haven't before recognized, we can begin to combat them and humbly put ourselves back in proper perspective. At the feet of Jesus.

1.  In what ways to do we elevate ourselves and our needs above others?

3.  What does Scripture actually have to say about it.