Apologizing to the person we have hurt with
our thoughts, actions, or words is not the
same as, nor does it eliminate the need for,
confession to God.

The other day I asked someone a question about confession.Growing up Catholic I went to confession with the same list of things I'd done wrong time after time. I went through the routine, got my penance, said the prescribed prayers, and went on like nothing ever happened. Sad, but true. As I sit here looking at what I just typed, truly I am horrified. The forgiveness of sin is nothing to take lightly considering how costly it was for Jesus to obtain on my behalf.

When we left the Pittsburgh area when I began high school, confession became something I 'used to do' for no other reason than 'the box' disappeared. In the church I had always attended there was a confessional with a screen so I felt anonymous. Too bad I didn't understand Psalm 139 at that point in time.

Anyway as I've gotten older, confession has seemed like such an outdated practice. I didn't know why I felt that way until yesterday.

Against You - You alone - have I sinned and done this evil in Your sight.
So You are right when you pass sentence; You are blameless when You judge.

I think it's easy to think of what we do as not the bad. We look at the sliding scale of justice in America for first versus fifth time offenders and attribute that same logic to God. As you might have guessed that's not how God works. It's why I have recently begun to understand why it's so important that we understand the character and nature of God and ascribe to Him the attributes that are His, not the world's.

The problem is we think the things we do are not really sin. I lose my cool with a kid and get sarcsastic, blame it on being tired, apologize profusely, and move on. Except there's a problem. Apologizing to the person we have hurt with our thoughts, actions, or words is not the same as, nor does it eliminate the need for, confession to God. Enter Psalm 51:4. What we do might hurt someone, but it's truly against God alone that we have sinned. Believe me, I know how bad that truth hurts.

A few years ago John Piper gave a sermon at Passion titled The Ultimate Essence of Evil. I am pretty certain I need to listen to it again. Not because I feel a need to beat myself down, but because I want to lift myself back up.

I think it's so easy for us to come down on ourselves with guilt, shame, and condemnation rather than lift ourselves up to see what God wants for us and then keep our eyes on the goal. And if we can understand where we are tripping over our own two feet, we can hopefully avoid some of the stumbling by learning to walk a more narrow path.

By no means am I saying that we should stop saying we're sorry. None of us can hear that too much, especially if it is coming from a truly repetant heart. But ultimate repentance comes when we go before God in understanding not only how we didn't glorify Him with our actions but how we desperately need Him to influence and direct our actions in the future.

There is a part of me that wonders if we see confession as extra because the enemy knows that we are keeping ourselves bound by not praticing it on a regular basis. I mean God already knows what we've done so do we really need to say it? I think yes. With acknowlegement comes release and with release comes freedom.

Granted this might feel a bit strange if it's not something we've been doing for awhile....say thirty years. But I also believe that through the process of doing it, we'll also get closer to God by seeing Him as He really is.....a loving, forgiving Father, who truly wants the best for us. 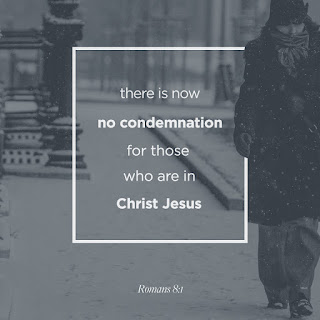