Imagine walking into an elegant wedding reception. Linen tablecloths and napkins, white covered chairs with satin bows. Highly polished silver on the table on either side of Lennox place settings. A string quartet is playing softly in the background while the waitstaff carries around trays of champagne and decadent hors d'oeuvres. Suddenly out of the corner of your eye in the middle of this exquisite setting you see him in the middle of the dance floor. You become completely entranced by the man in the 1970's velvet suit with wide collar and an unbuttoned shirt that reveals heavy gold jewelry laid across his bare chest. You try to look away but his dance moves and vocals have you captivated because you don't understand how someone so clearly out of place has not been escorted from the event.

Not wanting to completely misjudge this potential guest, you go over and speak with him. As soon as the conversation begins you realize he is completely out of his mind saying the most ridiculous things you have ever heard. He is speaking of escapades that Superman could not have pulled off and is making promises of the things he can help you with as he asks you interesting questions that make you wonder if what he's saying might actually be true. Because how could he know your deepest dreams unless he'd been studying you without your knowledge.

Of course that story is fictitious. But only partly. Because to a degree that man in the flashy suit with obnoxious speech does exist. And he makes all kinds of promises to us and makes us question everything we believe because that's his game. Create doubt, chaos, and disorder in whatever capacity he can in whatever setting he can manage to worm his way in. He thinks he's a prince, but in reality, he's just a punk.

Awhile ago I read the gospel of Matthew. In verse 18 of chapter 28 Jesus says this, Then Jesus came to them and said, "All authority in heaven and on the earth has been given to Me." (NIV) So, Jesus is the one in control. And something unsettled in me because I kept thinking about all the times I've heard about Satan being the prince of this world. The fallen world. The world waiting for Jesus to come back.

Then I found this verse:

John 12:31 Now is the time for judgement on this world; now the prince of this world will be driven out. (NIV)

And it made me think. If Jesus says that authority is His and the prnice of this world is driven out, why do I give him so much space in my head? Because just like the scenario up top, he might be loud and flashy and really obnoxious, but he has no power, he has no authority, and as my son would likely say, he's nothing but a try hard.

And then it occurred to me that I give him so much real estate for one simple reason: I am falling for the same line he used on Eve......Did God really say.......Why? Because I don't believe I deserve what Jesus has done for me.

So why the reception scenario? Because I wanted to give us something visual to hold on to when he comes whispering the lies that he's custom designed for us. The ones that say.......

Because that's what he does. In his flashy, obnoxious suit with fake gold, ugly words, and just enough information that sounds true to make us doubt everything we believe and know is true.

I don't know if this visual will help or not, but it seems like it will. If we can see him as the unwelcomed, uninvited party crasher he is, maybe he'll steal a little bit less of our joy and peace because we'll realize more quickly he's trying to rip us off. And instead of giving him any credit or more real estate in our heart, we'll see him as nothing but sideshow entertainment that isn't worth a second glance. 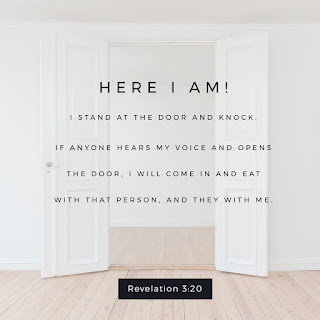