One of the most fascinating things about the Bible is the fact that it is sitting down with Jesus and opening our eyes, ears, and hearts to what He wants to say to us in that moment. We can read the story of Jonah today and then reread it in five years and get something completely new and fresh. Why? Experience, time, distance, and the season we are in all impact the words we are being told.

The story of Gideon is pretty familiar to most of us. Weak guy is met by an angel while he's working in an obscure location to stay hidden from the enemies. When the angel appears, he tells him he's stronger than he thinks, and that he will be the one to lead the people out of oppression. His response is to say that he is the least in his family and then asks for a sign if he really is the chosen one. Enter the material most of us would prefer to live in, some dew, and a pretty tiny army. (This is a pretty brief synopsis; you can read more in Judges 6-7.)

As I read these chapters this morning, there were some things I hadn't seen before.

Statement: Judges 6:10 reads I said to you: I am the LORD your God. Do not fear the gods of the Amorites whose land you live in. But you did not obey Me.

Question: Just like Gideon and the Israelites living among those who do not follow God, do we find it easier to fear the gods of others than we do to fear the one true God? You know, the gods of money, fame, success, stability, etc.

Question: Are we willing to ask God for a sign in order to take Him at His word so that He can build our confidence for us?

Question: Are we willing to own our fear and the possibility that God is not only aware of it but has a perfect way to help us overcome it?

Now this last part is going to get a bit uncomfortable.

Judges comes right after Joshua. And if there is one heartbreaking thing about the book of Joshua it is this phrase: but they did not drive them out completely (15:63, 16:10, 17:13) when speaking of those inhabiting the land the LORD was giving them. They might have put them in forced labor, but they still didn't get rid of all of them which is why then end up in a heap of trouble fearing and worshipping foreign gods.

Is it possible that when we lose a fight with the enemy it's because his fight is stronger, fully understanding what is about to be taken away from him, more than we are aware and able to comprehend what we will gain from seeing it through and what we will lose if we come up short?

Could it be that God is willing to give us something huge but He wants to make sure we understand its value, worth, and cost first?

Can we acknowledge that settling and giving up in order to keep what we already had is nothing more than trading in God's best for our lives for thirty pieces of silver?

I know this is a lot. And tomorrow, God willing, my plan is to share where this is hitting me square between the eyes. I don't think I have ever been more keenly aware of the trade I have been making day after day because I can't see how 300, which is a lot less than 32,000, could possibly be better. But God proves over and over again in His economy that less is more. (Perfect example: Jesus took all the laws and whittled them down to two.)

Today, think about these questions, maybe read John 12:24-25, and then come back tomorrow. And if you're really motivated (read brave), think about the one thing in your life you want to be different. It's possible God is setting us up for battle in order to give us the one thing that's been elusive because we just can't let go and let Him be in control. But if Gideon who was the weakest in his family could allow God to work through him so that things could be different, maybe we can do the same. 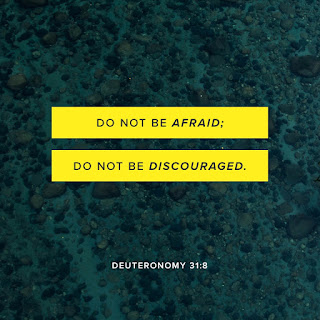 The analogy of the thirty pieces of silver trade came from the sermon by Andy Stanley on Judas titled The Pretender from The Bad Boys of Easter.
at March 26, 2018