If there is one thing my husband does that shows his love for me more than anything else, it's letting me sit in the passenger seat while he drives. Sometimes I think he wishes we still had babies so that I'd be in the backseat with them. I am not pleasant in a confined space moving at what feels like the speed of light. As a kid I would throw my body off a sled going down a hill because it felt too fast. Did the same thing the one time I went skiing. Speed is not my friend.

Please hear me, my husband is not a bad driver. I don't trust other people. I have to close my eyes if we need to pass a semi, I look for break lights up ahead in case he doesn't see them, and I often point out what I'm sure he'd notice anyway, but do it just in case. Now, I don't do this with anyone else. Probably because they don't have to invite me into their car while he can't leave me behind. What's funny is that I didn't get this way until I became a mom. Babies do weird things to your body that last well beyond pregnancy.

The truth is, when I can see what's up ahead, I insist that I need to help.

So why does He hold our right hand? While I can't say for sure my assumptions would be:

1. He wants us to walk by faith not sight. We might be moving backwards, but He sees where we're going and He's not about to let us fall.

2. If we are facing Him, we are keeping our eyes fixed on Him. Focusing on Him not the process of how things are happening perfects our faith.

Those are the two reasons I've always seen. But I think there's a third.

Like I point things out to my husband, I am sure I'd be pointing things out to Jesus if I could see. Granted, He's got more patience than my better half and would probably just smile at me, but still. However, I think it's been set up this way for our protection. Why? Because when God told Abraham what the plan was and he knew where things were headed, when they weren't happening quickly enough, he made a contingency plan. We'd probably do the same thing.

But for as much as I dislike speed in a car, I don't really like it when God moves things along at a pace that lets me feel the wind in my hair, either. The faster things go, the less control I feel, the more scared I get, the greater the likelihood I'll attempt to intervene, and as I result I never enter His rest.

When Francis Chan preached at Passion this year, he talked about how his flesh is supposed to be dead but it keeps trying to come back. We know we get ourselves in trouble when we operate like that, but there is still something in us that keeps giving it CPR. We think we need to have a back up plan just in case we've pushed against God too hard and this is the time He's going to leave us high and dry wandering in the wilderness for the next 40 years.

Hebrews 3:12 tells us to encourage one another so that none may be hardened by sin's deceitfulness. And that's what this is really all about. We are constantly being tempted to believe that God is not good, that He didn't really say, and that He's holding back. Deep down we know it's not true, but our divided hearts retain that tiny piece that questions.

So maybe today we can start something new. Let's start taking our doubts straight to the source the moment they pop up and then be still enough to listen for His refuting argument. He's given us an entire book of promises and will give us the one we need to hold on to in our unbelief. Let's start letting His perfect love cast out fear and living in the abundance He's promised. It won't be easy, it won't come naturally, but it will be worth it. And ss the ones who believe Jesus is the Son of God, we get to overcome the world. 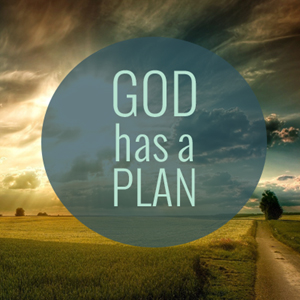