Let's say you have two kids and you assign each one a task. The first one you ask to vacuum all the carpeted areas in the home and the second one you ask to clean all of the glass surfaces. Both do their job to the degree you would expect them to be done. When complete you tell them both thank you and give them their promised reward of ice cream.

This should be the end of the story. Except it's not. Because now you have two kids arguing over who did a better job. And they are both begging you, pleading with their eyes, to give them the highest commendation for their completed work. What do you do?

It's obvious to you that their argument is ridiculous. First they both did exactly what they were told. Second they both did it exactly the way you expected it to be done. So why do they have a need to compete? Is it just their human nature? Does each secretly have a desire to be favored? Are they really that competitive?

Before I go any further, you have to know this is a completely made up scenario. I am way too much of a control freak to let my kids either vacuum or clean all the glass surfaces. Second, as much as this scenario is likely to play out in our kids, we're kidding ourselves if we don't think we do the exact same thing.

While we may not easily or willingly admit it, we all want to be God's favorite and do big things for him because of all the big things he's done for us. The problem is we are forgetting about the grace factor (the one where he did it because he wanted to not because he expected us to return the favor) and the fact that we are not all called to do things that are visible to the masses. Some of us have platforms, some of us are behind the scenes and one can not function without the other.

If the goal of our lives is to get to heaven and hear, "Well done my good and faithful servant," the only qualification to attaining God's praise is doing what we're told. And it doesn't matter if my job takes 5 minutes and your job takes 5 years, the point is doing what was asked at any given point in time. We have got to stop comparing apples and organges and wishing we had someone else's life or calling. We have been uniquely made to fulfill our purpose not someone else's.

I don't know where this yoke thing is going, but it's clearly not over yet. Tomorrow I'll be talking about the trap of "Extra Credit." But until then, reflect on what you've done so far today, why you've done it, and why God assigned it to you. And instead of lamenting what you wish you had been doing, thank God that he assigned you the things that he knew were not only suited for you but that would allow you to show his love and faithfulness to those impacted by your actions. 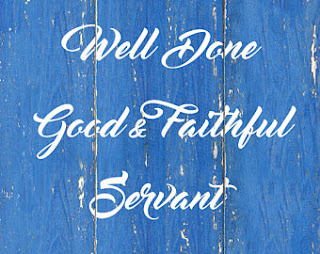