A lifetime ago, I was a teacher.  I wasn't a teacher for very long, just long enough to realize that I love teaching, I am passionate about teaching, but the classroom is most definitely not the place for me.  Because more than I wanted to be a teacher, I wanted to be a mother.  Especially to the ones that didn't have it great at home.  And I quickly learned that you can not be an effective teacher if you want to take care of their needs more than effect their learning.  Thankfully I had enough strength to walk away before I crashed and burned.

As I look back on those days, there are some memories that are still fresh.  Memories of kids desperately needing a hug because they just lost a pet and memories of reading something for the first time out loud with confidence because they finally got it.  So many incredible experiences that remain forever in my heart.

But along with the joys, came the heartaches.  The kids that didn't turn out as okay as I'd hoped.  The ones that made horrible decisions that took them down a road I'd prayed they would avoid.  The ones I believed in more than they believed in themselves.

As I think about those kids, the ones that didn't choose as wisely as they could have, I can't help but wonder if God sometimes sees us the same way.  He sees our potential, He knows the good plans He has.  He is, afterall, the one with the blueprint that He intends to see from the execution of groundbreaking to the completion of ribbon cutting.

Sometimes we over-complicate matters because we want to do great things for God instead of what He's asked us to do which appears mundane.  The easiest directions in the classroom are most often the ones not followed.  Instead of circling the noun and underlining the verb, we assume we saw it right and it gets reversed.  The more complex, the more intentional we tend to be.  Why is that?

When Naman wanted to be made well and went to see the prophet, he was about to walk away still sick because the prescription for his ailment was simple.  All he had to do was dip himself in the water 7 times to be healed.  But that wasn't enough.  He had much higher expecations of what would be done and going in the river was not on the list.

Each of us has a little bit of Naman inside of us.   We want the grand gestures, the pomp and circumstance, and the admiration of those who see us complete something they question if they could do themselves.  But just because something is done with complexity does not make it more functional or purposeful.  A solid, straight up burpee is just as effective as one with a frog jump, knee tuck with a 180* turn, while wearing a 10 pound weighted vest.  I speak from experience.

I believe that God just might give us simple and manageable solutions because He knows complexity yields pride, exhaustion, or abandoned commitments.  When we place our expectatioins above God's directions, we get nowhere.  Perhaps we should start remembering that the ordinary in His hands becomes extraordinary through His touch and just do it His way to start.

Father, sometimes our ideas on how to acheive what you've called us to do don't line up with your thoughts or ways.  Help us to squash our pride when it bubbles up and threatens to rob of us of the blessing we will be given in following You.  Let our joy be found in honoring You alone.  Amen. 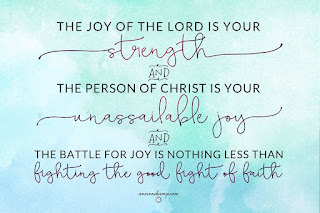