The older I get the more difficult it becomes to adapt to new ways of doing things.  I don't know if it's a cognitive dysfunction or a resistance to change, but re-learning what was once a familiar activity is not easy.

For example, using a VCR (yes, I am that old) was easy.  Whether you wanted to watch a movie or record something on tv, the steps were, for the most part, uncomplicated.  When the world upgraded to digital technology, putting in a DVD remained just as easy as putting in a VHS, but with the addition of complex cable boxes and input modes, recording has proved to be somewhat more challenging.  Take it a step further and add the XBox One to the mix to watch a movie, and I'm out of my element, or at least I was until yesterday.  Yesterday was the day I won over the bane of my existance and I not only got the movie in, but I managed to get it to play as well.  Plus, I didn't fall asleep.  #LittleVictories

This triumph might be small to some, but to me it was huge.  Something worth celebrating because it was something I had been completely unable to do before.  However, it has also made me aware of the fact that the more important "little victories" somehow rank lower on the achievement scale and are often downplayed as not being enough.

If for example I were to have a morning getting everyone ready and out the door on time without losing my mind, I would not celebrate that, and would likely internalize the next morning's failure because I had done well the day before.  And if someone were to say something hurtful to me one day and I don't become immediately defensive but the next time I do ~ again ~ internalized failure that is more traumatic.  Why is it that the less important victories have such an immediate impact but the more important ones take a backseat?

I don't expect myself to be perfect in a lot of areas, but the ones that matter most, the ones that mean the most, my level of expectation in many cases exceeds God's.  He knows I'm human, He knows I won't get it 100% of the time while I'm drawing breath, and He knows He made me out of dust.  I'm not saying victory isn't possible in an area of weakness, there are people who overcome addictions and live soberly for the rest of their lives.  But they also know their limitations and know they can't have 'just a little' and think they can handle it.  But when it comes to relationships, the ones that count aren't surfacey or based on 'just a little' involvement.  They are messy and difficult.  And there will be growing pains and stumbling blocks.  And frankly won't be without tears, hurt feelings, misunderstandings, miscommunications, and the occasional words spoken too loudly, harshly, or sarcastically.

And this goes beyond relationships with other flesh and blood.  This goes straight to the heart of my relationship with Jesus.  On one side you have perfection, love, grace, compassion, and all things good and true.....on the other side you have me.  The one who wants to do everything right, to the best of her ability, and be SuperChristian.  And while Jesus is on one side cheering me on for the little victories, I'm on the other telling myself it wasn't good enough.

Jesus told us that in this life we would have trouble.  For me, trouble starts when I try to live up to my own crazy standards of perfect and then crash and burn.  But for some reason, I can only assume unconditional love, Jesus always bends down to pick me back up and give me another chance.  I never want the 'little victories' to become a 'good enough' opportunity to stop.  But I also don't want the 'little victories' that come through His strength alone to be 'not good enough' to humbly say thank you and praise Him for His help.  If managing to get a movie to play using a gaming console controller was enough to make me smile, then maybe the ways Jesus is growing my faith and dependence on Him deserves a celebratory dance of its own.

Jesus, the way You continually and consistently love me blows my mind.  You are always there, ready and willing to help me.  Give me a grateful heart that is thankful for the progress You are making in me and remove from me the desire to be perfect.  Draw me closer to your heart and the truth that You will always stand in all of my gaps.  I love You, amen. 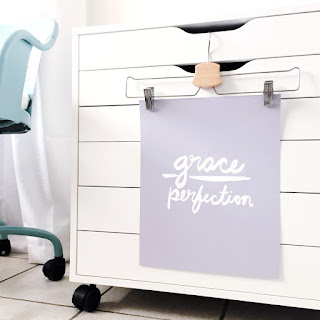