July 8, 2015. I took my then 11 year old to his first summer student ministry event. When we got there he didn't see anyone he immediately knew, so he decided he'd rather go home. We stopped at the store on our way back. We weren't in a rush because we didn't know.

There aren't a lot of hours between Friday afternoon and Sunday morning. But I'd bet for Mary Magdalene, Mary the mother of Jesus, and His closest friends they felt like an eternity. I wonder if they cried themselves to sleep Friday and laid in bed longer staring at the walls on Saturday before they found the strength to get up. I wonder if they passed people on the road and looked completely withdrawn....if their eyes were red and swollen.....if their hearts looked clearly broken......if they wondered how they would ever go on. I wonder what thoughts they were thinking, what plans they were making, what comfort they were seeking. Did they cry out asking God why, did they shake their fists saying they didn't understand, did they - if even for a moment - second guess what they heard and believed? 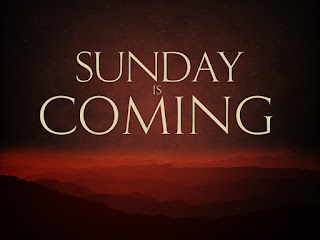