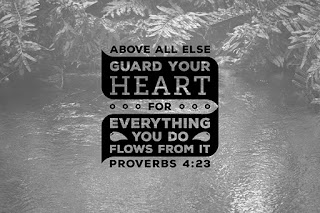 When I was in college, four of us shared an apartment. We signed a lease agreement that said we would pay the rent on time and abide by the rules of the owners. With an agreement signed, it protected us to be given what it said we would be given and it protected the owner from us doing anything we weren't supposed to do. If we would have chosen not to abide by the rules, we could have easily been kicked out.

The difference between signing a legal document with a human property owner and God is that the person who owns something on earth can evict you before you're ready. On the flip side, God isn't bringing us home until its our time. We might do a lot of stupid stuff in the meantime, but eviction notices just don't show up telling us we've broken the terms of the agreement and we need to find a new place to live.

That said, there are some things God hopes will result from our temporary housing situations while here on earth. (Remember, this place really isn't our home.) Knowing that we are housing the Holy Spirit (1 Corinthians 3:16), we really don't have space for anything else. But we certainly make room for it.

My hope and prayer is that this week we are going to take a look the parts of our body that we are not continually using as instruments of righteousness because we've allowed some extra roommates in our hearts that have too much influence. Because if everything we do and say flows from it, we've got to make sure that the only person living there is the Spirit that is a deposit guaranteeing our inheritance. 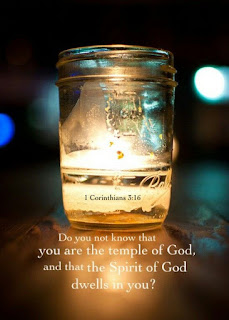