Yesterday as I was driving to the library I was having an internal argument regarding something that has been frustrating me about a situation. As you might guess, a lot of what I was saying was about the person causing my frustration. As my non-verbal tirade started coming to a close, I had the oddest thought come into my head. What if the things you complain about in others is God allowing them to be sifted as wheat in order to discipline them?

Then this morning as I was taking the man child to school, there was a conversation on K-LOVE about how we are to forgive so many times and how Jesus on the cross even said, "Father forgive them, for they do not know what they are doing." And then I started thinking about how we are told to pray for our enemies. And as thought after thought was coming with increased intensity, this is what I was slowly starting to understand.

Luke 22:31-32 says, "Simon, Simon, Satan has asked to sift you all as wheat. But I have prayed for you, Simon, that your faith may not fail. And when you have turned back, strengthen your brothers."

Jesus knew Simon was going to drop the ball big time, and he also prayed that his faith would not fail. Why? Because Jesus knew once he understood what he was capable of doing, it would be all too easy for Simon to discount himself for further use. But Jesus also basically told him once you get it, strengthen the others.

Let's say some of the other apostles are overhearing this and are sick of Simon or something he is doing. Let's' say they are to the point they want him kicked out of the group. Maybe they even prayed that he'd be removed from service. But instead, God uses this sifting process to discipline Simon, have him turn in repentence, and then uses that repentence to create a passion that would change the rest of his life.

Now, what if God is using that same idea in someone that is driving us a little cray cray? What if their sifting is not only to lead them to a point of repentence but is meant to spark in them a fire for the church that ignites a flame that no one thought possible? Could it honestly be that we so focus on what others are doing that causes us discomfort or suffering that we miss the fact that God could be using it to reveal his glory and power?

The truth is, the thing that has been bugging me like ants at a picnic, has been so freshly on my mind that I was becoming hyper-fixated on it. And I realized that not only is it possible that God is using it to sift the person doing it, but he is also very likely sifting me through my poor attitude and not praying like I know I am meant to when stuff like this happens.

While God has never audibly said I told you so to me, I can't help but think about Paul's words in 2 Corinthians 4:17 ~ For our light and momentary troubles are achieving for us an eternal glory that far outweighs them all. And while I may not like what someone else is doing or how it is affecting me, do I really want to wish away the glory God would get by having the situation immediately changed? Am I so determined to be comfortable 24/7 that I would want God to stop it before the work is complete and keep someone from their calling? Am I so sure that it isn't happening to sift me even more than it is meant to sift them?

As I think about the things I shared yesterday, I can't help but wonder if this is a continuation. Frustration is born out of disobedience. Nothing productive comes out of complaining, but out of prayer comes a peace that doesn't make sense. Maybe a good portion of the yoke we are to wear is learning to pray as our default button and then stop talking long enough to get a different perspective. Wouldn't a woman who fears the Lord want his kingdom to come in whatever way he chooses to bring it about?

I don't know about you, but the part of me that needs tamed even more than my appetite for a good cheeseburger and a hot fudge sundae, is my tongue. Even when I don't say it to another person, there are more times than I care to admit that I say a lot of stuff I just shouldn't say. So maybe a healthy fear of the Lord will not only help us pray like we know we're supposed to, but it will help us to focus on uttering worthy words instead of worthless ones. 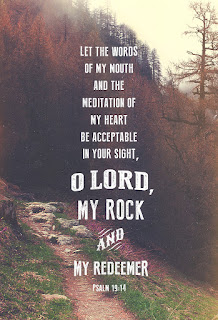