Now those examples are tangible and pretty concrete. So, let's take this up a notch.

When it comes to God's direction for our lives, how do we know the difference between what's enough, what's more than enough, and what's too much? A little harder.

Enough: doing what God has called us to do to the absolute best of our ability

More than enough: doing more than what God called us to do to the absolute best of our ability in order to earn His favor because we are prooving our love to Him

Too much: doing more than what God has called us to do to the absolute best of our ability in order to earn His favor because we are prooving our love to Him AND putting it on display for everyone else to see.

Once we can distinguish between these variations, we have to figure out how we might be able to tell where we fall. The answer: results.

Enough will always produce joy. Always. Why? Because we know we are in step with God and that should be our highest priority. Simply stated, we can not control results. If we do exactly what we are told (or understand to have been told) to the absolute best of our ability, then results ~ good or bad ~ should have no impact on our disposition or countenance. (Think Cain and Abel)

However, if we are going above and beyond and our hearts are motivated out of anything selfish, the results are going to matter signficantly more and our emotions and reactions will be clearly indicative of what's going on internally.

Think about it. Gideon could have gone into battle with all the men he originally had on his side. He could have seen that huge number as still not enough and been frustrated because he wanted more to ensure a victory for God. He could have been disappointed that not more people showed up to join the cause. BUT GOD. God decided He could do more with what He was giving Gideon than what Gideon might have wanted to give himself. Meaning, God can do more with our obedience than He will likely do with our unhealthy, selfish excess, regardless of motive.

When God starts us on a jouney of any kind, I think there is a part of us somewhere hidden that hopes and prays that it will be the missing link to what we've been waiting for all along. We have this drive  that secretly and desperately wants what we've been trying to achieve on our own that we figure our submission to His leading is taking us where we've been attempting to get. And the reality is, that might not be the case. It will always take us somewhere better than we've planned because that's just who God is, but until we surrender the dream aspect, not just our outward actions in trying to achieve it, obedience won't be enough for us. We'll keep looking for the results we want.

Surrender to God isn't an easy thing to do. Our eyes continually get in the way by showing us the prize we picked out for ourselves. But if we've learned anything about God in our lives, I hope it's that He always does immeasurably more than what we can ask or imagine. And so, if there's any part of us that's been striving towards what we want and driving ourselves crazy in the process because we've been working harder and forgetting to rest in God, let's make a conscious effort to stop that now. It won't be easy, but we know it will be worth it, because Jesus always is. 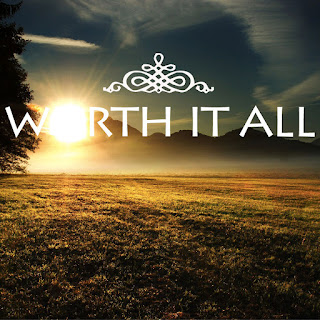