Several years ago I was helping a friend through a difficult season. I would send a daily email and do everything I could to encourage her in what were pretty awful circumstances. It wasn't always easy because there were days I had to write things that were pretty uncomfortable. But knowing my heart was in the right place, I did it anyway. Don't be fooled though, it was scary.

Now I know I have shared my favorite Parker Palmer quote a few times. And honestly, if it weren't so good, I probably wouldn't keep repeating it. But just in case you need to be reminded of this nugget of wisdom as well, here it is again.


"The words we speak often contain the counsel we are trying to give ourselves."

I share these two things because I was reminded of the words I gave her several years ago when I realized something about myself yesterday. In a nutshell, what I said to her was that only God could heal the wounds that the person who'd hurt her left. What I realized yesterday was that I have been waiting for somone to fix all the wounds in my life.

As I have been reading She is Free, I just got to the chapter on anger. Now, it should be said that I wasn't always an angry person. And reading this chapter I knew I had to really think about when my anger started to emerge. However, I also realized that my anger was only a symptom and that I'd have to go deeper to find the actual root of the problem. Let me tell you, this was about as fun as cleaning up the finger painting wall murals after your 18 month old woke up from a nap and you didn't know. Yes, I went there.

It should also be noted that my 'anger' has never really been released as verbal tirades. Typically, it's always looked more like obvious frustration and extreme sarcasm married to high expectations and assumed abilities. Insert any situation where you didn't know/understand exactly what I meant. Because of the lack of understanding/comprehension of others, I would turn immediately inward, shut everyone out from the possibility of helping, become completely self-reliant, and move on without ever looking back. That's healthy for relationships.

So, as I realized what it looked like, I worked backwards to when I could remember not being angry all the time to when I got angry. Bingo, I found the starting point. Now I had to figure out why it happened.

Remember that advice I gave my friend.....that only God could heal her wounds. Yeah.

At the point my anger really started to manifest, I desperately wanted someone, anyone to rescue me. I needed an intervention in the worst possible way. Of course I would have never admitted it, but I did. And no one was showing up. So, I did what any normal person would do. Notice I said normal because I think it is a normal response; I didn't say it was healthy. I searched in every wrong spot known to man. And when that failed, I turned completely inward. Which seemingly worked, except of course it didn't because I've been carrying that with me for a long time.

It occurred to me yesterday as I read this lovely chapter on anger, that Andi Andrew is right when she says that marriage will refine you like nothing else. I mean, if you have unresolved issues, marriage will bring them to the surface faster than anything else. And while my husband is incredible, I had no idea that I was waiting on him to fix all of my internal problems, fight for me to the death, and never let anything hurt me ever again. Talk about unrealistic expectations, particularly because I never voiced them. And as if that weren't enough, I'm assuming you can see that this has idolatry written all over it.

So I wrote these questions in my journal:

1. Am I still waiting for my heart to be fought for and won in a bloody battle that makes me feel worth it?

2. Isn't that exactly what Jesus did?

3. Why do I keep expecting it from others?

When you realize things like this about your life and your personality, it would be very easy to feel ashamed. But I didn't. Not because I think I'm in the right by any stretch, but because I didn't realize what I had been doing, how harmful it was, or that it started when it did. It was all so subtle until it recently became very obvious that there was a problem and it was growing by leaps and bounds. Something felt off and God has been going to great lengths to reveal it slowly so that my eyes would see it. That whole see if there is any offensive way in me prayer is being answered for sure.

None of this is easy to share. But as difficult as it is to put this out there, I have to believe I'm not the only one. I might be the one writing about it for public consumption, but I know my heart isn't the only one that has been waiting for someone else to step in and save the day. And if God can use what He is showing me to help someone else, then, by all means, I'll dump it all out. Why? Because the enemy wants nothing more than to make us feel alone, isolated, and like there's something wrong with us. But if we see we aren't the only one and we use our stories to help each other, his power lessens and we get back our stolen ground in the process.

The more I start to look at my behaviors and emotions, and listen to the words coming out of my mouth, the more I see God trying to teach me, reach me, rescue me, and heal me. And I know because it's in His nature, that He's doing the same for you. Let's start to slow down and listen to the voice He gave us. We just might realize He's been trying to answer the questions we didn't know we had all along. 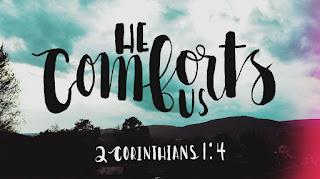