There are days when I open my Bible to read it and things almost literally jump off the page at me. Things that I am not seeing or reading for the first time, but that almost mandate a palm to the forehead type of response.

The first one is obvious but the other two really cause a girl to think. I mean I don't read my horoscope but heaven knows I try to plan for every possible outcome and gather every ounce of information to try to predict the future, so...... And that defiance being the same as idolatry. Well, let's just say that one is a little easier to get.

People see what others look like and hear what they say and then base their response on their perceptions of reality. (lose courage, become terrified, retreat)

The Lord sees the heart and knows its thoughts and attitudes and then bases His response on reality. Ouch.

Gym/Boxing Lessons: (AKA palm to the forehead, head looking straight down, thinking how on earth did you not see this before?)

David wasn't concerned about a 'physical' match-up to prove his ability to take on his giant; he knew who his enemy was, he considered what he, himself was able to do, and found the weakness he needed to bring the giant down.

Most of us, when confronted, still try to take the morally high road meaning we don't go for the cheap shots. However........

If Satan knows our weaknesses and attacks them, do we know his? If he is going for low blows and cheap shots to take us down, why don't we do the same?

As I asked myself these questions, I had to honestly answer: I don't know his weaknesses as readily as he clearly knows mine and I don't go for low blows and cheap shots. Half the time, I think I end up more in agreement with the accusations he is hurling at me because the fruit of what he is saying exists. Just in case you are wondering, that by default means I am not acknowleding how far God has brought me in a particular area, it means I am focusing on the fact that it hasn't been fully resolved. This is clearly a problem.

But then as I continued going turning this over and over again trying to see it from every possible angle I realized something interesting.

If Satan starts calling me names, I can hurl those same names back at him. The difference is that I am speaking truth to him and at the same time dismantling and discrediting everything he says to me.

When the enemy launches a verbal attack, I tend to all to quickly agree with what he is saying. He is hitting where I am most vulnerable and prone to come down on myself. But unless I call him a liar, a cheat, and a thief acknowledging what he is doing, I will keep accepting what he says is true.

Why does this matter? Distance.

I think a lot of us know in our minds the truth of what God says about us. The problem is we don't necessarily believe it in our hearts. And the gap between those two parts leaves a lot of room for doubt to creep in.

But if we started by calling him out as a liar, a cheat, and a thief first wouldn't his words lose their value and then increase the value of what we know God says is true?

Sometimes I wonder if we need to remind ourselves exactly we are dealing with. Maybe if we start doing that we'll not only stop listening to his jibberish but begin truly accepting God's perfect words. 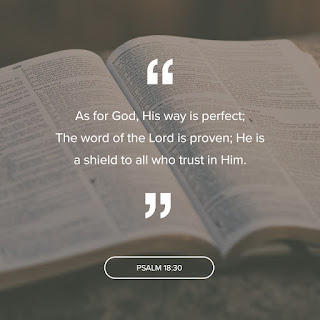