Let's be honest. Reading a geneology is about as exciting as driving across the state of Pennsylvania on the turnpike. Typically, there is nothing to see. But for those of us who are rule followers and will heap loads of condemnation and guilt on ourselves if we don't read every.last.name because we'll feel like we're cheating on God by not valuing every last article in Scripture, we power through. And sometimes we get a reward.

Years ago, about seventeen and a half, there was a very popular little book released called The Prayer of Jabez. At the time I did not own a Bible, nor had I ever read any part of one on my own. However, I hopped on the Jabez wagon faster than I boarded the Ohio State bandwagon when we moved to Columbus, Ohio in early 2002. Why? It was popular and this prayer intrigued me. Today, I actually found it. Tucked tightly in 1 Chronicles 4:10, amid a long stretch of geneology. (I may or may not have flipped through more of 1 Chronicles to see when the geneology stuff would come to an end.)

Anyway, I no longer own the book. I gave it to a friend years ago and hadn't thought much about it until today.

When I read it, I had no concept of the controversy surrounding the book. I just took it at face value but didn't invest a lot of time, effort, or my thought into it. So when I saw it this morning, of course it jumped out.

From the great internet source known as wikipedia, I found that the prayer of Jabez in the book is written like this: Jabez was more honorable than his brothers. His mother had named him Jabez, saying, "I gave birth to him in pain." Jabez cried out to the God of Israel, saying, "Oh that you would bless me indeed and enlarge my territory! Let your hand be with me, and keep me from the evil one." And God granted his request. (1 Chronicles 4:9-10) The King James version of the text is similar, but at the end reads that though wouldest keep me from evil, that it may not grieve me! Subtle but interesting difference. However, the CSB which the version I am currently reading puts the entire prayer this way: If only you would bless me, extend my border, let your hand be with me, and keep me from harm, so that I will not experience pain. (emphasis mine)

That last part struck a nerve with the girl who cannot cry.

Since Groundhog's Day, all of the cold mornings we have experienced have made their way into our family prayers. We are begrudgingly thanking God for the cold air that reminds us we are alive as we feel its crispness. However, unless we can feel the cold, we cannot truly appreicate the warmth as it sporadically comes and goes.

Last night while getting ready for bed we had an unexpected, highly unwelcomed, interruption to our plans to sleep. Once everything was resolved my husband put his arms around me and I said, "It would be so helpful if I could cry." And then as we finally made our way under the covers he asked me if I was okay and I simply replied, "No." Needless to say I did not sleep well last night at all.

So what's the point? The last thing we should ever want to experience is to not feel pain. I am not saying we should run out and do things that cause it, but the inability to feel is a living hell. When I read Ann Voskamp's words in The Broken Way over a year ago that pain demands to be felt or demands we feel nothing at all, I had not a clue how haunting those words would be. Circumstances that are beyond our control, situations that beg for intervention from God, are meant to bring us to our knees in a desperate cry for relief because it's only when we feel the pain that we can experience His comfort.

I have had people suggest to me that perhaps what appears to be a never ending dark night of the soul is God's protection for what I can not handle in the immediate. (Stress is the worst thing in the world for an auto-immune disorder.) However, I can tell you without hesitation, that I can look back on painful experiences of the past and actually long to feel something that deeply again. Of course I would rather the happy memories that burst forth in tears of excitement and anticipation, but the tears of grief, the ones where I felt God's arms most clearly, those are the ones I miss the most.

So why am I sharing this? Because someone, at some point, is going to read this. Someone is going to realize how they are desperate to numb the pain they feel with shopping, busyness, substance, or denial. And I am writing to beg you, plead with you, embrace it. Every last tear that falls is being kept in heaven for you and is not falling in vain. They have purpose. Without tears, the soil of our hearts is going to remain dry. Yes, God can still water it in His own way, but there is something about the tears that we shed somehow saturating the holy ground where we stand keenly aware of God's presence in our lives.

It's a difficult thought to embrace what we wish was differnt. So maybe instead of wishing away or stuffing down deep what we think we don't want or need, we can ask God to reveal little glimpses of purpose throughout to see us through. And maybe somehow, someway, He will extend our border, not to expand our influence, but to deepen our understanding of who He is. 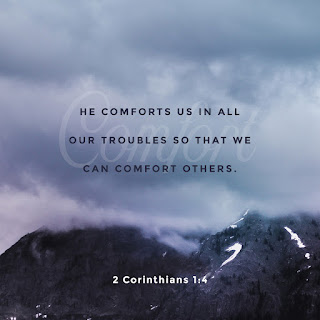