In January I wrote a post titled Life or Death about being offended. The premise of the post was that being offended was not necessarily a bad thing IF we let God show us why something is bothering us. Our heavenly Father knows every detail of our lives, every piece of baggage we are still carrying around, and exactly why something is unsettling us, therefore, if instead of glossing over what is rubbing us the wrong way we let Him speak into it, old wounds can be healed and we can be made just a little bit more whole.

After the past week I realized something else along those same lines about tension in our lives and when things get uncomfortable and difficult. Namely that whatever is creating the uncertainty, anxiety, or stress also has a root cause and only by uncovering it can we have the veil removed from our eyes to move forward.

I have written breifly about my friend who has dimentia. But there were things I didn't understand about myself in this entire situation until I was alone in the car with my thoughts listening to songs that helped me see the reality of my circumstances.

When we moved to Pittsburgh in the fall of 2006, I was thrilled. My grandparents were still alive and I knew my kids would be able to see them. Except they lived in a horrible neighborhood they weren't about to leave and I didn't always feel comfortable taking them there. I didn't think I could get an 18 month old and a 3 year old in the car fast enough. (You may think I'm over reacting but believe me, I'm not.) Because of this, even though we lived about 45 minutes away it got to the point that I saw them primarily on holidays. I lived closer than I had in 18 years and saw them just about as much.  They were both gone within three months of each other in December of 2009/March of 2010. #Guilt

When my dad's dad was diagnosed with pancreatic cancer in 2000 and we were newlyweds living outside of Youngstown, Ohio, I drove in every weekend to see him in the hospital and subsequently the nursing home until he died in March of 2001. Granted we had no kids, two cars, and I worked Monday through Friday, but the fact that I was able to do that then and didn't see my mom's parents nearly as much has increased the guilt.

In the summer of 2015, I didn't go to my uncle's house for the 4th of July. I have a hard time staying awake as it is and to drive 45 mintues with two kids after being in the sun didn't seem super wise. He had a heart attack four days later and died on my birthday at the end of the month. I still haven't forgiven myself for not going. #MoreGuilt

So what does this all have to do with my friend? The desire I have to help her and the intense feeling I have to be there is all related.

I am convinced that whether we are offended or stressed out, there is some underlying cause that God is trying to uncover in our lives that we are completely oblivious to. And unless we give Him access to our hearts to truly unearth what is causing it, we can't get better. And I don't think the tension is a cruel punishment. Far from it. I truly believe it's His grace. Grace to show us that He wants more for us than we are currently experiencing and He chooses to show us through what currently has our undivided attention.

My hope is that by sharing this that we will all start to pay more attetnion to the things that are going on inside of us and realize that God is trying to talk to us more than we ever knew. And if we give Him the room He needs to speak freely, we might not just find out what's really bothering us, we might also start to feel the peace He wants us to have. 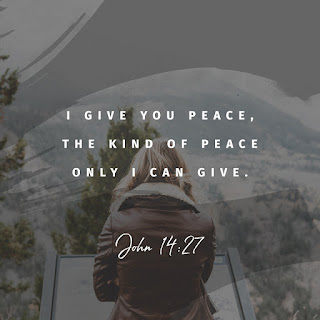