I've been thinking a lot about what I wrote yesterday....how I talk to myself, how I would have to sign my name if I had to use the last word I said to describe myself, etc. And I know, believe me I know, that the problem is I don't take my thoughts captive. It's not that I don't know to do this, I just usually get so caught up in what I'm doing I don't honestly take the time to do it.

However, I also think there is another issue at hand.

Last week I blogged about the shortest distance quite possibly being the longest journey in a post titled Distance. I have always been working under the assumption that what I know in my head is not making it to my heart and therefore the root of the problem.

Except there's more to it. And it's a pretty big deal as far as I can see.

Most of us are pretty familiar with the Parable of the Sower. In this illustration, Jesus talks about some of the seeds falling among thorns that choked the plants. They simply couldn't grow because the soil wasn't ready to accept them. And suddenly, it all came together.

If what we say is an overflow from our heart (Luke 6:45), and we will be held accountable for the words we say (Matthew 12:36), and as a man thinks in his heart, so is he (Proverbs 23:7), our biggest issue isn't a lack of belief, it's that we haven't broken up the unplowed ground of our hearts and we are sowing (or attempting to) among thorns. (Jeremiah 4:3)

So why don't we do this? Because when we start picking up thorns we usually prick ourselves and bleed. The hurtful things that have been said, the rejections we have felt, the lies we have believed for longer than we can remember and we don't know where they started in the first place, the disappointments that have come our way, the failures that have left us believing we can't trust our own abilitilies or judgements. And instead of dealing with the problem, we numb it. Time and time again. In more and more creative ways. Avoidance has become our frenemy.

But what if we actually did what we are supposed to do? What if we truly went to God with a list, as many times as needs to be done, of the hurts that are there and we let Him start removing the thorns? Are we willing to even look at them, acknowledge their presence, and let Him pull them out of the places they have been piercing our hearts for entirely too long?

I have no clue if anyone other than me needs this, but I am guessing if you are female and have been alive for more than a two decades something in these words is hitting a sensitive spot you would prefer not to have exposed. And that's okay. You don't have to be ready. But if on the other hand the dull ache is getting old and you are tired of the record that's been playing in your mind for far too long, just know you aren't the only one. I'm right there with you. And frankly, I think we need to hear a new voice from now on. Preferably the one that's been trying to calm our fears. 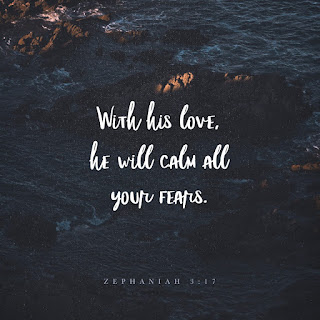