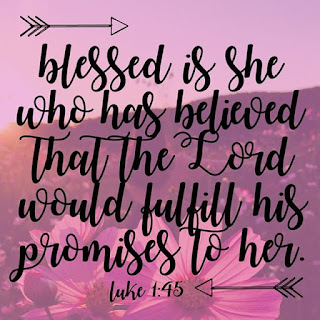 In the spring of 2001, I became a Mary Kay Indpendent Beauty Consultant. While I look at that title and laugh at the pictures that correlate with that particular time period, it was a pivotal experience for me. Why? Because in the late summer of 2001, 9/11 happened. And while I was 'sold' on Mary Kay because of the financial future it had the potential to provide, I realized on that day, that all the money in the world could never protect me or give me the security I so desperately wanted.

About 7 years later, I started to truly question whether or not I was supposed to continue. I'd lived in three places since the day I ordered my starter kit, and I never once found in its contents the life I thought I wanted. As I began praying about it, I remember one day walking around Target praying that God would give me a clear sign as to what I was supposed to do. At that moment, I saw the dvd case for The Devil Wears Prada and I knew. My heart would never have the proper motives for being there.

At the same time, it seemed that God was telling me to teach. Now, I did not survive the classroom for a reason. I've said it before and I'll say it until the day I die, you can not be an effective teacher when you want to be their mother more. And I 'argued' with God about it. Listing all the reasons I couldn't, shouldn't, and wouldn't do it. The problem is that I have a teacher brain. I can not shut it off no matter how hard I try. I actually lamented this yesterday to someone because I would love to have a quiet time in my Bible without having my brain race on how to teach, write, or share it. Instead of giving me suggestions on how to slow down, she said to embrace it because it's just the way God made me. Who'd have thunk?

Slowly but surely, God kept sparking thoughts and questions in my mind that showed me that what I needed to be an effective teacher was a subject I was passionate about and a 'classroom' that wanted to be there.

The scary part of this entire time frame was that my only reference for what God was showing me was Beth Moore. I am not Beth Moore. I can never be Beth Moore. And I freaked. Until December 18, 2008. I kept going back and forth over how "I" was supposed to accomplish anything. By that point, I had only owned a Bible for almost two years and really knew nothing. But then I went to her blog and saw Luke 1:45 staring me down. And I said okay.

And so here I am, 9 years later, writing about all the things God shows me through his word and the normal things of life on earth. And I have no clue where he's taking it. But I know it's what I'm supposed to do and I know that if I'm faithful with this I will be entrusted with more. (Don't ask me what "more" is because I couldn't answer you.)

As I look back on the time between 2008 and when I started writing in 2016, I think about all the 'attempts' made in between. None of them stuck. And by nothing but the grace of God, this has been going on for 378 posts, 379 if you count today. That is nothing short of a miracle. Believe me. I have never been consistent on anything in my life. Ever.

So today I'm thankful that God planted a seed and he caused that seed to grow. He used so much experience to get me to the place that I put out the first post. And he brings here who he wants to read it. I didn't do this. He did. I just believe him.

Whatever God has promised you or shown you, know he hasn't forgotten. He's not slow in bringing it to fruition, he's intentional about the process. And every step towards it is ordained for a reason. Believe him, trust him, and seek him. He's got something in store we can't even imagine.