I remember a few months ago I sent a prayer request to our campus pastor. In it, I also apologized for feeling like I was asking all the time. He told me I had nothing to worry about and that I was like the persistent widow.

The weird thing about prayer is that I think we can sometimes have a really distorted picture about what it looks like on God's end. We tend to think more along the lines of a parent or a person observing a child in a store who is repeatedly asking for the toy they just saw on the shelf. But since we know that God's ways and thoughts are higher than ours, we can rightly conclude that so are His perspectives. (Read Revelation 5 and Revelation 8 and just see how our prayers rise up to God.)

Anyway, in the parable of the persistent widow starting in verse 6 it reads: "And the Lord said, "Listen to what the unjust judge says. And will not God bring about justice for His chosen ones, who cry out to Him day and night? Will He keep putting them off? I tell you, He will see that they get justice, and quickly. However, when the Son of Man comes, will He find faith on the earth?"

First, we see the the clear comparison of the judge who is described as unjust with the truth that we know God is just.

Second, we see that we can cry out to God both day and night.

Third, even though His timing might look incredibly different from our perspective of it, we see that He will not keep putting us off, but answer us quickly.

Fourth, we see a tough question that at first glance can almost seem unrelated......When the Son of Man comes, will He find faith on the earth?

That last point always stumped me a bit until I thought about the definition of faith: confidence in what we hope for and assurance about what we do not see. The question from my perspective is really like asking, will Jesus find people who are courageous enough to believe and ask despite the evidence of what is before their eyes that says otherwise.

Now, because we also know our circumstances and what we believe got us to them, we can easily put ourselves in the category of karma. We all too often condemn ourselves thinking we did it to ourselves and therefore have no reason to think God would ever answer us. The reality of this being my train of thought came to a stunning realization when I read the account of Peter trying to walk on water. I saw myself in his position for the first time except instead of crying out, "Lord, save me!" I realized I would be much more likely to try and tread water to save myself and drown in the process.

What startled me today though in light of all this was Deuteronomy Chapter 3. Moses pleaded with the Lord to let him see the good land, and the Lord's response to his plea was this: "That is enough," the Lord said. "Do not speak to me anymore about this matter."

So why is this encouraging? Because if God were done with the requests we've been lifting up for days, weeks, months, or even years, He'd tell us Enough. But until that day comes, we can have faith that He is not only listening, but is responding in His time, in His way, in accordance with His will.

From the time of the fall, we knew that a Savior was coming. From the time of the Ascension, we have known that our Savior is coming back. And until we inhale for the last time, we can ask God, in the name of Jesus, for anything and everything, persistently. And as we do, our hearts can cry out..... 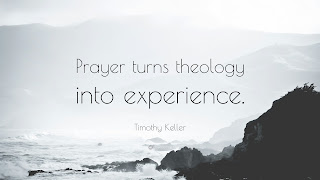