"Just because you don't, or can't, acknowledge Him, does not stop Him
for an instant from loving you, caring for you, being concerned for you,
and wanting a relationship with you."

Yesterday I had an unplanned conversation with a friend. I was getting ready to go home and saw her pull in to her driveway. I've never been one to just 'drop by' because I was in the neighborhood. I always feel like I should call, or try to make plans, or send a text first. Unfortunately the reality of our world says that plans usually fall through and spontaneous sometimes just works out better. Apparently this must be in my genes, though, because I had an uncle that would do this. Maybe I need to pick up where he left off.

During the course of our conversation I said a few things that were God's voice directly to her. She even mentioned the fact that she could show me the text that she'd just sent using the exact phrases I had spoken. That glimpse into God's goodness for me was just another reason to praise Him for that little nudge to look up when I saw her pull in.  That tiny act of obedience felt amazing.

I knew she had some stuff going on just like we all do. And while I could have sent a message through facebook, sometimes human contact is so much better. As we continued to talk, I didn't tell her anything I hadn't said before in other conversations. I'm nothing if not consistent predictable. And I think she kind of loves me for it.

When I got home I was thinking about some of the things I'd said. As I was replaying it all in my mind, I thought of a way I could better explain what I was trying to get across. She had mentioned that she's had these little revelations of God but couldn't quite call them that because she isn't in a solid relationship with Him yet. I told her that even if she cried out to Him, not fully knowing Him, that He would still hear her because she is His child regardless. But if I could go back and start this conversation again, these are the words I would say:

If a mother were to give up a child for adoption, every day for the rest of her life, she would still love that child. Even if the child didn't know she was adopted, the love of the birth mother would not diminish. It would always be there whether or not it was reciprocated, acknowledged, or discovered. That's how I believe God loves those who don't know Him yet. Just because you don't, or can't, acknowledge Him, does not stop Him for an instant from loving you, caring for you, being concerned for you, and wanting a relationship with you. He's just waiting for you to realize that He is the answer you have been searching for all along. And when you do, He has every intention of revealing every way He's been there the entire time.

When I first truly discovered the love of God in my life, I cried like a baby. It wasn't pretty. But anyone who saw me that night would have never questioned my tears because they would have understood. I may not know when His love will flood her heart, but I do know He's been pursuing her for some time now. And I am certain that the day is fast approaching when she will discover a love like she's never known and it will heal every wound she's ever endured.

Jesus, thank You for the love You've shown me and the way You use me to let others know about You. You open doors, You open my eyes to opportunities, and You never cease to do more than I could ask or imagine. I pray that You would bless her and capture her heart like You did mine. And when her tears come, help her understand that You have always been right beside her, waiting for her to see You standing there. Amen 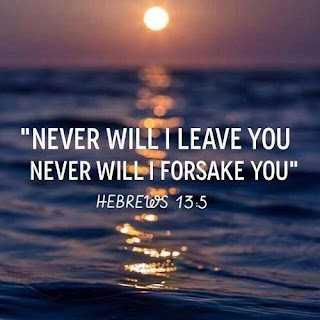