John 1:24-28  Now those who were sent were from the Pharisees.  And they asked him, saying, "Why then do you baptize if you are not the Christ, nor Elijah, nor the Prohpet?"  John answered them, saying, "I baptize with water, but there stands one among you whom you do not know.  It is He who, coming after me is preferred before me, whose sandal strap I am not worthy to loose."  These things were done in Bethabara beyond the Jordan, where John was baptizing.

John was questioned by people who were sent to discover answers.  They needed answers to give to people who needed to know but were not inclined to find out for themselves.  They were trained well with follow up questions and were likely expecting certain answers.  We don't know if they felt relieved, concerned, smug, or disinterested by their actions.  But they came for answers and got them.  Why?  Because above all else, John knew who he was, what he was doing, why he was doing it, and his place in the greater plan.  Perhaps he didn't know where things would end up but he knew that what he was doing mattered and so he continued ~ despite the attention, despite the distraction, despite the questions.  He kept going because his purpose wasn't to get to everyone but rather to the ones he encountered.  And to them, his work was priceless. 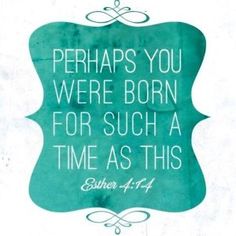