John 3:18-21  He who believes in Him is not condemned; but he who does not believe is condemned already, because he has not believed in the name of the only begotten Son of God.  And this is the condemnation, that the light has come into the world, and men loved darkness rather than light, because their deeds were evil.  For everyone practicing evil hates the light and does not come to the light, lest his deeds should be exposed.  But he who does the truth comes to the light, that his deeds may be clearly seen, that they have been done in God.

Father, the fact is condemnation was not Your intent, saving grace was, and is.  And the condemnation that exists is not becuase of the sinful human heart but because of the rejection of the light that exposes it.  It's the choosing of darkness over light, the unwillingness to acknowledge the sin, and the refusal to admit the need of forgiveness ~ which is available to ALL who ask, regardless of what needs forgiven and healing.  Until You return, evil and temptation will continue to try and lure us from You.  Quicken our hearts to draw near to You instead, not just in times of trouble, but also in times of calm, so that our feet and reseolve remain steadfast in You.  Amen 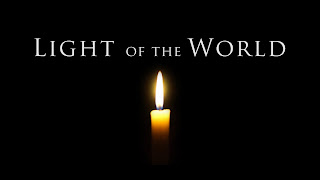