John 1:19-23  Now this is the testimony of John, when the Jews sent priests and Levites from Jerusalem to ask him, "Who are you?"  He confessed, and did not deny, but confessed, "I am not the Christ."  And then they asked him, "What then?  Are you Elijah?"  He said, "I am not."  "Are you a prophet?" And he answered, "No."  Then they said to him, "Who are you that we may give an answer to those who sent us?  What do you say about yourself?"  He said, "I am 'The voice of one crying out in the wilderness: "Make straight the way of the Lord," ' as the prophet Isaiah said."

John must have caused quite a stir that raised enough curiousity to make others want to know who he was.  To be crying out in the wilderness implies there was enough crazy going on that someone had to make sense of it to calm it down for others.  He was announcing that person was coming.  Then they asked him what he said about himself.  He knew who he was, what his purpose was, and who he was trying to reach.  And his answer to their question shows:  (1) he knew God gave him a job, (2) he wanted to complete the job, (3) he knew only God could define him, and (4) he was doing his job well enough to gain the attention and curiosity of others.

Father, however You see fit to include me in that, in Your plan, open my eyes to see it and my heart to yield to it.  Amen 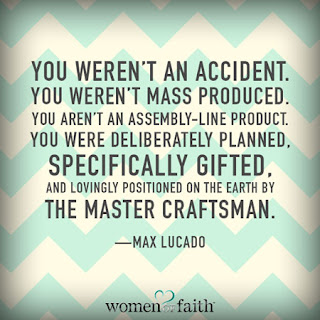