John 4:50-54  Jesus said to him, "Go your way; your son lives."  So the man believed the word Jesus spoke to him, and he went his way.  And as he was going down, his servants met him and told him, saying, "Your son lives!"  Then he inquired of them the hour he got better.  And they said to him, "Yesterday at the seventh hour the fever left him."  So the father knew that it was at the same hour in which Jesus said to him, "Your son lives."  And he himself believed, and his whole household.  This again is the second sign Jesus did when He had come out of Judea into Galilee.

Father, Your word has been a comfort, a guide, an anchor, and a lifeboat in the most trying of times that I have gone through.  I can look back and see things you've coordinated, moved, solved, and defeated for me.  Build up my faith in the first moment You speak knowing that Your word is always true, that there is no deceit in You, that even if I feel faithless You remain faithful, and that Your timing to respond is all about maximum impact.  Remind me that when I'm scared I can trust You always adn that just by shouting Your name I can bring down walls.  Amen 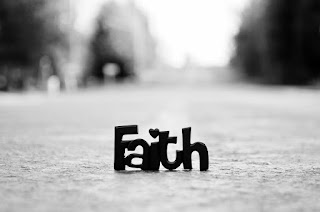