John 6:1-6  After these things Jesus went over the Sea of Galilee, whic is the Sea of Tiberias.  Then a great multitude followed Him, because they saw His signs which He performed on those who were diseased.  And Jesus went up on the mountain, and there He sat with His disciples.
Now the Passover, a feast of the Jews was near.  Then Jesus lifted up His eyes, and seeing a great multitude coming toward Him, He said to Philip, "Where shall we buy bread, that these may eat?"  But this He said to test Him, for He Himself knew what He would do.

Father, after doing much, even You retreated with friends for just a moment to be refreshed before beginning again.  You even sat down when You stopped and closed Your eyes.  Maybe you were deep in thought, prayer, or just taking time to breathe and be still.  I confess, I am not very good at stopping or resting and I know through Your example that it's something I must work on.

Father, remind me that when You ask a question, it's not because You are seeking the answer, it's because You know it, You know my limited ability to see the impossible outside of the circumstances, and because You are likely getting ready to blow my mind with something I can't even imagine.  You can do all things and I am given the honor of witnessing them and playing a part.  Amen 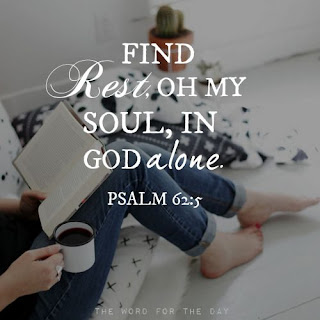 I'm not sure why it's so hard for us to just stop.  What I do know is that it's important.  If you honestly can not remember the last time you weren't multitasking, maybe it's time to start intentionally tending to your need for the kind of rest that replenishes your soul.