John 6:7-11 Philip answered Him, "Two hundred denari worth of bread is not sufficient for them, that every one of them may have a little."  One of His disciples, Andrew, Simon Peter's brother, said to Him, "There is a lad here who has five barley loaves and two small fish, but what are they among so many?"  Then Jesus said, "Make the people sit down."  Now there was much grass in the place.  So the men sat down, in number about five thousand.  And Jesus took the loaves, and when He had given thanks He distributed them to the disciples, and the disciples to those sitting down; and likewise of the fish, as much as they wanted.

Father, in Your hands, the little bit I have which You have given me, is capable of doing so much more than I realize.  It's not 'just enough' to fill my current need, but enough to fill the needs of another, too.  Help me release the things I cling tightest to knowing that You can do so much more with my willingness than with my help itself.  Help me to remember that You see the needs for what they really are, not just what they appear to be.  It's not always about meeting a physical need, sometimes it's much more about meeting a spiritual need for others to witness the divine. 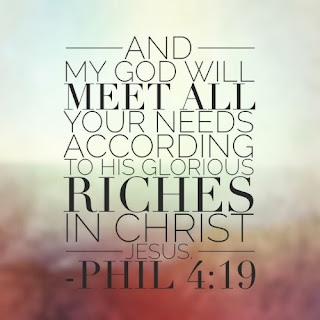