John 4:46-49  So Jesus came again to Cana of Galilee where He had made the water wine.  And there was a certain nobleman whose son was sick at Capernaum.  When he heard that Jesus had come out of Judea into Galilee, he went to Him and implored Him to come down and heal his son, for he was at the point of death.  Then Jesus said to him, "Unless you people see signs and wonders, you will be no means believe."  The nobleman said to Him, "Sir, come down before my child dies!"

Father, it's hard to believe without seeing proof to believe.  Sometimes it's proof that is visible and tangible like someone reaceiving healing and sometimes it's proof that can't be quantified but rather experienced when someone changes the type of person they are because of You.  The hardest part is the faith to believe that You are moving in and through a difficulty when the resolution has not yet arrived.  When the tears are still falling and the heart is still broken and the questions remain unanswered.  I want to overcome any unbelief that remains in me.  I want to remain firm in the knowledge that even though I may not see the pieces You are lining up that You are still working on it.  Help me to be still and know, above all, that You are God.  Amen 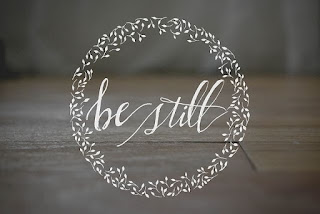